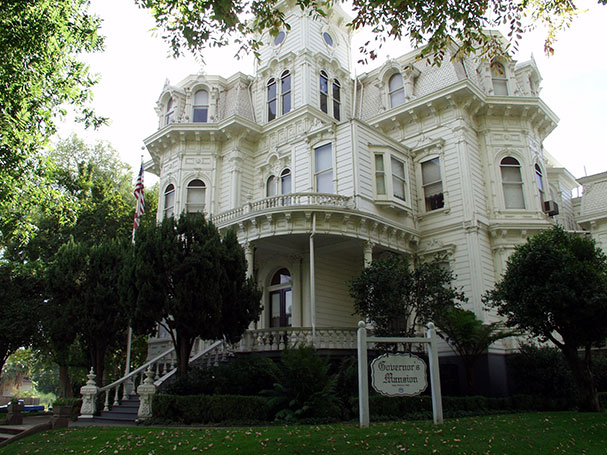 4LEAF provided project and construction management services on the $3.5 Million historic renovation of the Governor’s Mansion in Sacramento, as Governor Jerry Brown and his wife make plans to move into the residence at the end of 2015. The mansion, purchased by the state in 1903 and now maintained as a state park and museum, has not housed a governor since Ronald Reagan in 1967. It will offer plenty of space: seven bathrooms, four of them full; seven fireplaces, only some of which function; and 15 large chambers that could potentially serve as bedrooms.

The project involved preservation and remodel work on the 30-room, Second Empire-Italianate Victorian mansion built in 1877. Bringing the building up to code required extensive electrical and plumbing work. The work also included includes fire suppression, heating and air conditioning systems. Habitability improvements include the redesign/remodel of the 1st floor kitchen, and the design/remodel of 1st floor butler pantry into an additional restroom. The project included redesign/remodel both of the existing 2nd floor bathrooms, and hardwood floors were installed on the 2nd floor.

On the exterior, the project replaced the existing 6-ft property privacy fence on the west side with a 9-ft privacy fence, as well as fencing around the pool area, and a new electric driveway gate. The project also implemented a property security surveillance system and intrusion alarms.