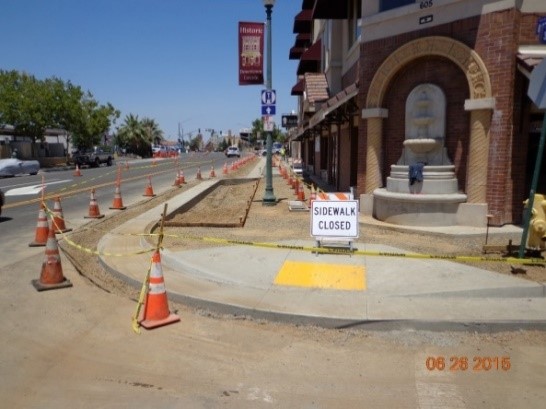 Lincoln Boulevard, formerly State Highway 65, is a two-lane arterial through the main business district of the City. This is a federal and Caltrans funded project along relinquished Highway 65.  Many small businesses are along the project area and have frequent pedestrian patrons accessing their establishments.  4LEAF provided Construction Management, Inspection, and Office Engineering services for Phase I and Phase II for this high profile streetscape in downtown Lincoln.  The multi-phase project made streetscape improvements to Lincoln Boulevard and the adjoining side streets in the heart of downtown Lincoln.

Traffic control was of particular importance on this project as the City’s goal was   to minimize any inconvenience to businesses and avoid any traffic detours off the boulevard or business closures.  4LEAF monitored traffic control activities, including the placement and removal of traffic control components based on the plans; and ensured that traffic was maintained according to the provisions of the Code for Public Convenience and Public Safety.